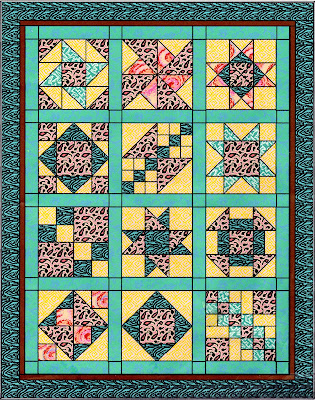 I have been asked to teach a sampler quilt to a group of beginner quilters at church. Luckily my wonderful mother-in-law is the beginning quilt teacher extraordinaire back in UT! She already had all the blocks designed, complete with cutting and piecing instructions all neatly put together in a PDF. Talk about making it easy for me!

I needed to make one myself though before I taught it, and have finished all the blocks. Next I need to sash them (any ideas on fabric choice for that???!) then quilt and bind it. 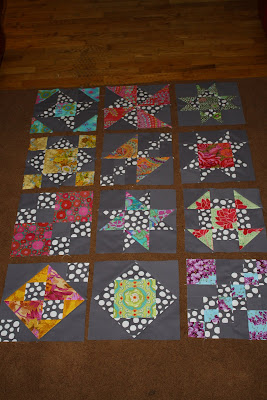 I decided to go with something quite modern as I'm out to prove to the world that quilting nowadays isn't just for little old grannies sitting in their rocking chairs! If you decide to start quilting, there are just so many directions you can go. 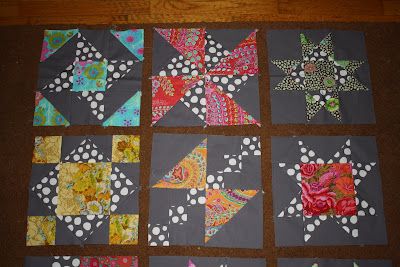 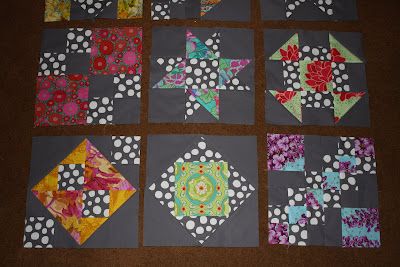 Anyone local is more than welcome to come and learn - it's completely free - you just bring your own fabrics and supplies. We are getting together once a month starting in May and will try to get 2-3 blocks done each session. Let me know if you want more details.

Update....when I got up this morning, this is what I found... 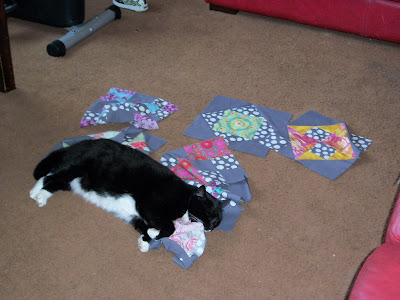 what can I say? Cats and quilts - they just go together!
Posted by Joanna at 9:37 PM 24 comments: 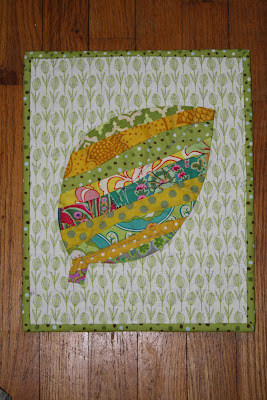 Another mini quilt for my quilt gallery wall is done! I felt like playing with some strips of fabric, so I used my rotary cutter and cut freehand strips, making them wonky on purpose. Sewed them together, then drew a very basic leaf shop on my new piece of strippy fabric. I then machine stitched on the drawn line before cutting it out to give it some stability. Glue basting to the background was next, (isn't that background fabric just perfect for the subject matter?!!) followed by needleturn applique. 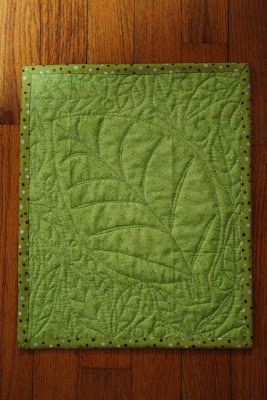 I quilted it with more leaves and loops. A nice simple mini-quilt that was fun and easy to make!

I am nowhere up to date with my goal of a mini-quilt per week. I think I should kick things into overdrive and do a couple a week until I catch up!

The quilt gallery wall is slowly coming along.... 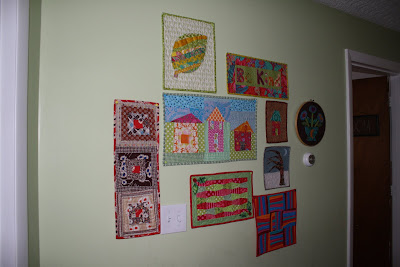 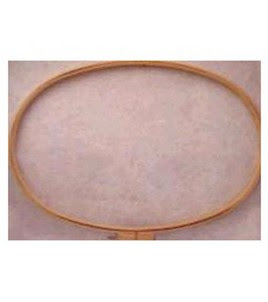 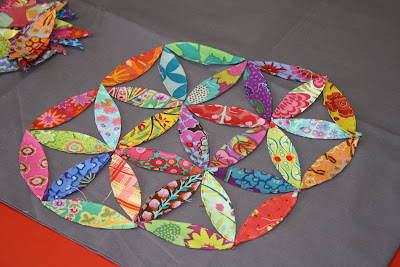 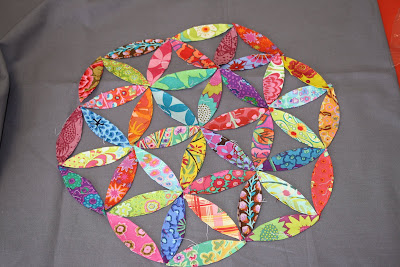 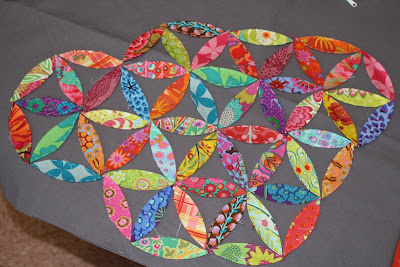 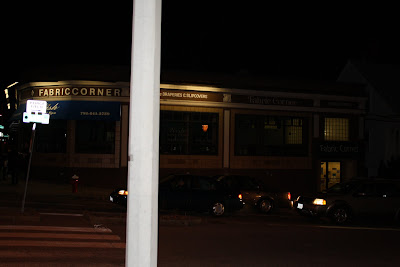 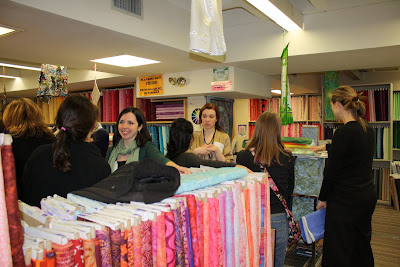 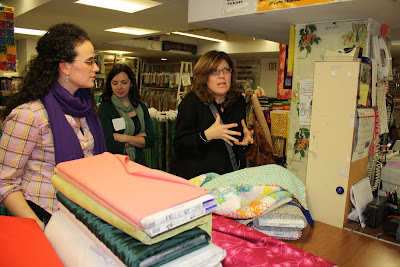 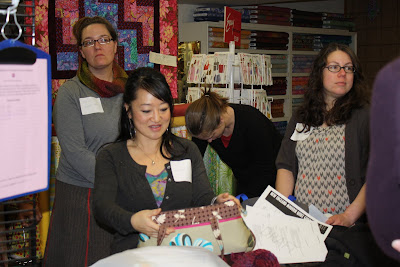 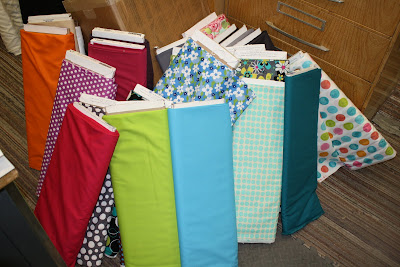 It was definitely worth going - I met some lovely like-minded modern quilters, and it looks like it is going to be a great guild.
Posted by Joanna at 9:53 PM 15 comments: