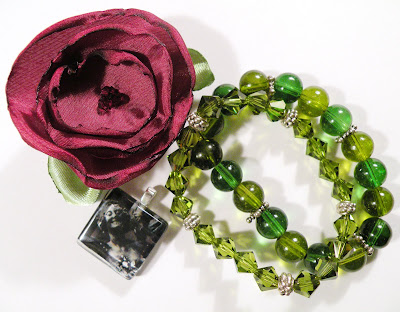 I just had to do this quick post for my dear friend Shannon - she has a giveaway on her blog and even though I want to win, I want her to have more readers even more:) She makes the most gorgeous things, and is giving away what you see above (all hand-made by her!) if you become a follower of her blog. So stop by her blog and leave her a comment! There are only 3 comments right now, so your chances of winning are amazing! She really has some great ideas to share!

Edited to add...One of the people who commented, said that I didn't leave a link to Shannon's blog. I actually did leave two links! If you just click on the word 'blog' or the phrase 'stop by her blog' it will take you straight to her blog. Carolyn, I couldn't let you know this because your comments are set to no reply. Shannon's giveaway is over now, but her blog is still worth a look!
Posted by Joanna at 2:41 PM 5 comments:

Chances are if you are reading this blog, you know what a UFO is, but just in case you're not familiar with quilting terms, UFO stands for Un-Finished-Object! 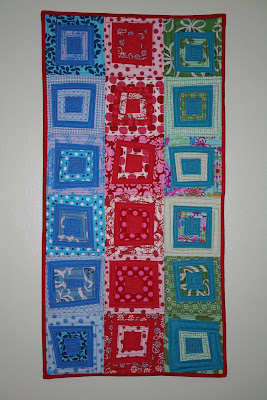 I started this wall hanging way back in January 2009. (Read about it here.) I can't believe it's been sitting in my quilt room that long just begging to be finished. Well today was the day. I couldn't stand to see it there laying limply on my shelves any longer! 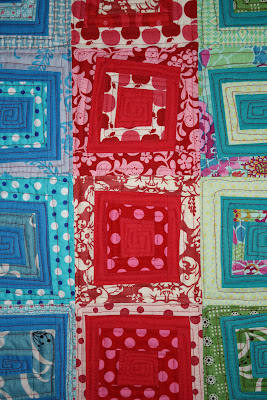 I did away with the idea of a border and just let the blocks speak for themselves with a simple binding....but lots and lots of quilting! 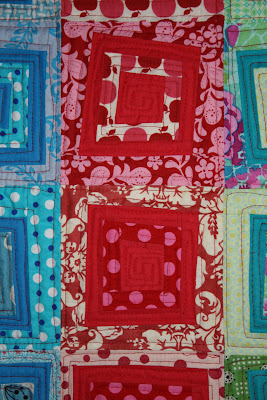 It's happily up on the living room wall now, where it should have been a year ago. Sure feels good to have a UFO done:) 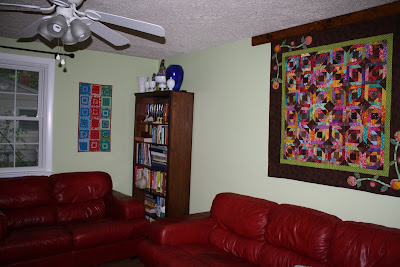 My fingers are itching to do some applique now. I'm sure I can find an applique UFO around here somewhere....
Posted by Joanna at 8:21 PM 14 comments:

We have been having a blast on our vacation here in Vermont. Swimming with the kids every day, factory tours, shopping, and today, finally, a quilt shop!

I had no idea about any quilt shops here in Burlington, so I got on my Droid and searched. Sure enough, there were several, but none of them sounded like they had the more modern fabrics I like. So I just picked the one with the best reviews, called Strawberry & Rhubarb, and off we went. It was only a couple of miles down the road, which was even better.

Turns out it was in an outdoor type of strip mall, so I dropped hubby and the kids at Best Buy and I went to the quilt store. As soon as I saw it, I KNEW it was my kind of store! I immediately called hubby and told him that he could take as long as he wanted in Best Buy, because I was in heaven! They ONLY carry modern fabrics, which was just perfect for me! 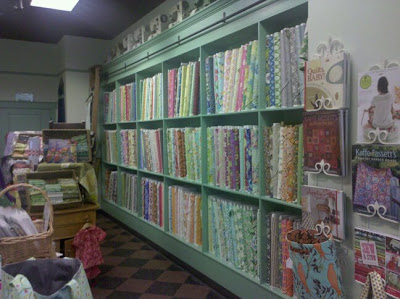 The teller, who was also the soon-to-be-owner helped me and was so lovely! We had a good long chat, and of course I had to buy some fabric! 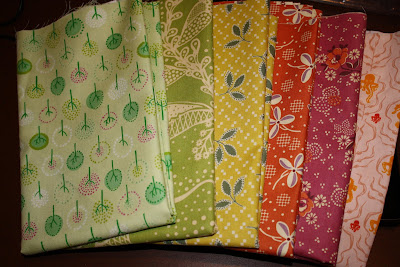 Oh, you said you would rather have an artsy-fartsy shot? 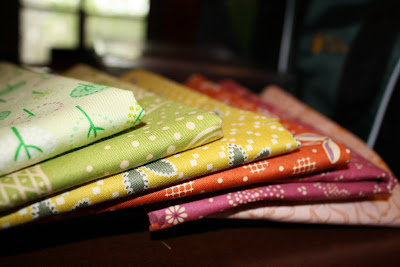 When I was done, I asked if I could take some photos, because the store was just so charming, and I knew I wanted to blog about it, and she said of course, so I took out my camera, clicked, and nothing....I had left the memory card back at the hotel in my laptop! Aaargh! Never fear, I pulled out my phone and took photos, but of course they are never as good as a proper camera, but it's all I have. 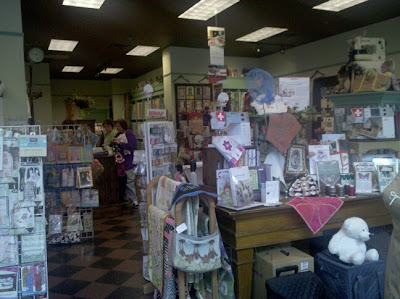 I really wish I had decent photos so you could see the store in all it's glory - the colors were so gorgeous.

As for the quilting I brought with me to stitch in the hotel at night...well I haven't even touched it! I have been so tired at the end of each day that all I want to do is lie down and do nothing.

Our hotel is great - we got a 2 room suite so we can shut the doors on the kids! Hubby and I slept on the pull out couch in the living area the first night and let the kids have the nice beds in the bedroom, but that sure changed quickly! And we have hardly had to buy any food as the hotel puts on a full cooked breakfast and some nights a complimentary dinner. More money for fabric, I say! 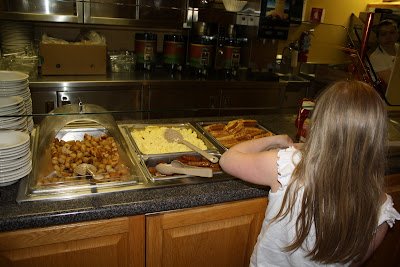 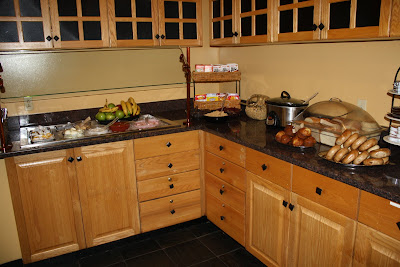 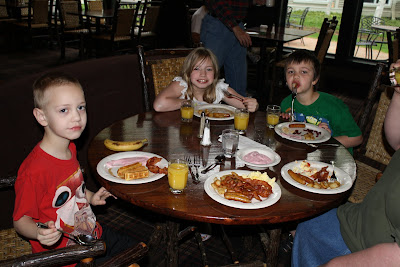