A glimpse into my week

I have no idea how the time gets away from me. I could have sworn it was less than a week since I last blogged. Oops! Here is my excuse... 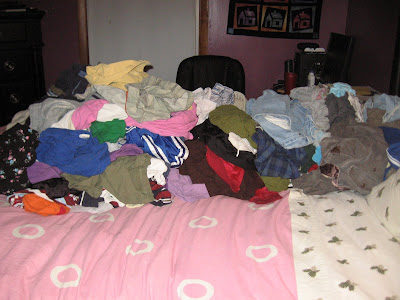 That is 4 loads to be folded, with another 3 to bring up from the basement. How does this happen?! I'm usually on top of it but if I miss a few days, wow! But I will now make up for my lack of blogging and do a weeks worth of blogging in one day :)

I have started on my church bag with the fabrics I last posted about. I decided to applique my initial on one side, just to make it a bit different. 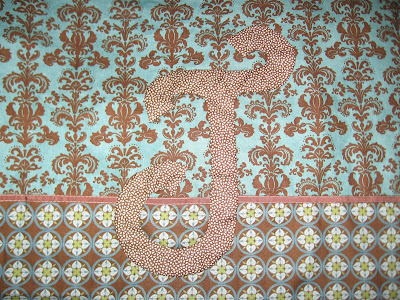 I used silk thread for the needleturn. It's my first time using it - it's from the lot of threads I got from ebay a few posts back (here) and I must say it was wonderful! I didn't have any problems with it, and it just melted into the fabric. I will use silk thread again for sure.

And now just for fun, I thought you'd like to see what we had for dinner last night. I made corn chowder and rolls. 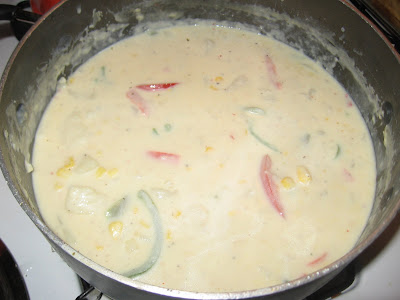 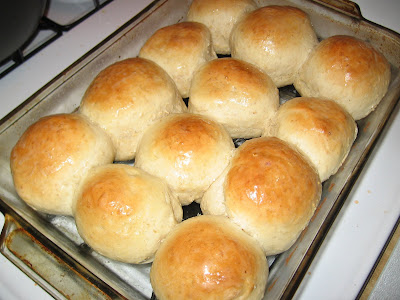 We have decided to eat cheap. For us, this means spending $50-$80/week on food. So far, so good. We have done pretty OK with the budget. Lots more veges and fruit, and a lot less rubbish. There are 5 of us, my DH and I, plus 3 little kids. And add to this that my DH has decided to go semi-vegetarian - this happens about once a year, but this has lasted a couple of months now, so maybe he means it! He still will eat fish though, so it's not too tough to come up with dinners. I figured last night's dinner would have cost $5 max, and it was sooo delicious. Who knew you could make corn chowder without anything yummy like ham, bacon, cream, or cheese? I just filled it up with potatoes, onions, and red and green peppers. I can't even describe the yumminess of it! I do however, have a secret ingredient which I will share with you... 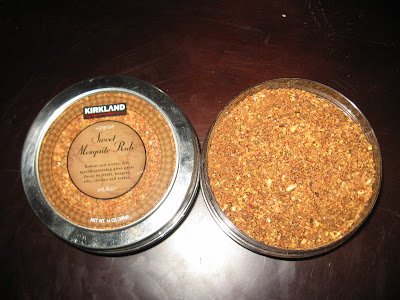 It is called Sweet Mesquite Rub and is only $5.99 at Costco. When I use it, people always ask what the flavor is. I put it in everything, and I mean everything! It is slightly spicy, slightly smokey, and just delicious. Plus you get a ton of it in a container. I have had that open one for over a year now, and have even give scoops of it to friends. It still looks like it hasn't been touched! The full unopened one is for my Mum in NZ - I will sent it to you Mum when we're not so broke LOL! (It's her birthday present from January. Another oops!) 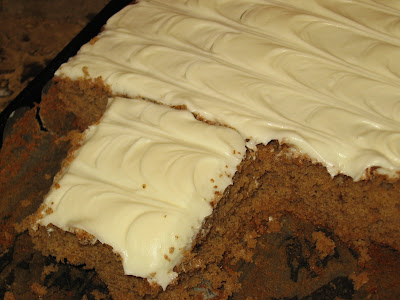 For dessert we had a spice cake and I made cream cheese frosting to go with it. Everything tastes great as long as it has cream cheese frosting, right? Well I did the old trick my mother does to make the frosting look pretty - making lines with a knife one way, then the opposite way. I did this in front of the family and wow you would have thought I was a miracle worker. My lovely little daughter just thought it was amazing and that I was so incredibly talented. I think she might have even called me a genius. Thanks Mum!

And lastly, we had a family trip to the library last Thursday. Every year they have the real Emily Elizabeth from the Clifford the Big Red Dog books come and talk. She shows original artwork her father did for the books and tells the story of how it all came to be etc. She also gives everyone a book and signs it. Doesn't she look like a grown up Emily-Elizabeth?! She was just a baby when her father drew the pictures, so he didn't know what she would look like. I am impressed! 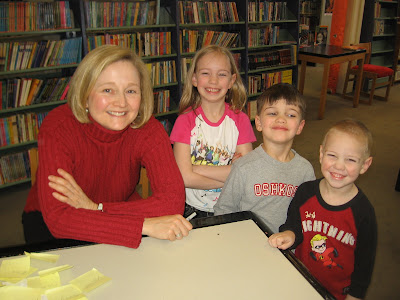 And just to compare, here is the photo we took with her one year ago. I thought it was funny that I had dressed my youngest in the same clothes (by accident) a year later! 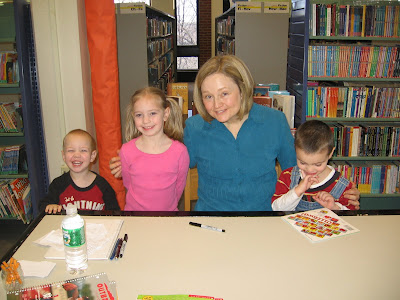 I was inspired by some artwork in the library. Every few weeks they have art from local elementary students on display. I thought this grouping and the colors were lovely! And so clever for 4th graders. Can't you just see a quilt based on this grouping? 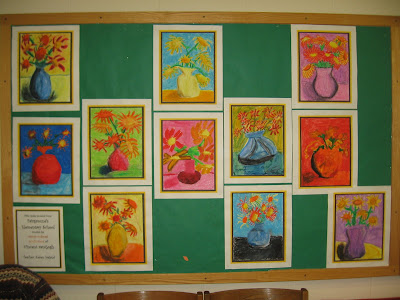 So that was my week. Laundry, cooking, the library, and of course a bit of applique. It was a good week. And this week looks to be even better...I should have some exciting quilty news coming up for you in a few days!
Posted by Joanna at 10:11 AM

The soup and rolls look delicious! The cake, well, it is a masterpiece with that frosting trick! Love your new bag...it's turning out so pretty. Ugh, I have some laundry to fold too.

Lovely week I'd have to say! Love the smiles on your wee ones faces! And that chowder and the rolls look wonderfully delicious!
Marie
http://journals.aol.co.uk/mariealicejoan/MariesMuses/