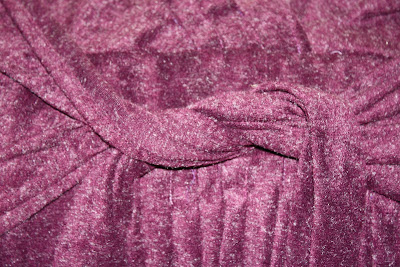 That's right people, I don't just sew quilts! Once upon a time I sewed clothes. But I really haven't for a while now. I even worked in a clothing factory for a couple of years. Perhaps that was what put me of sewing clothes?! When I was a teenager I used to sew something new for church every week. My family wasn't wealthy by any means, and clothing in New Zealand was very expensive, so there wasn't often money for new clothes. But there was always enough for fabric! I don't recall my Mum ever saying no to buying me fabric to sew with.

Then I came to live in America and couldn't believe how cheap clothing was! Turns out is mostly cheaper to buy ready made things than to buy fabric, patterns, and invest hours into making something yourself. As such, I have only made a handful of things over the last few years.

I recently got some amazing deals on clothing fabric at Joann's, so today I thought I'd make something. This was the dress of choice... 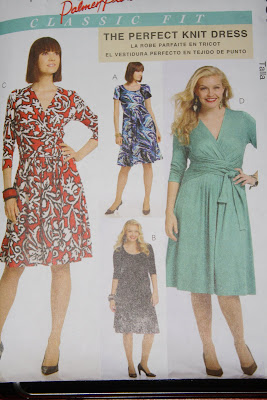 So I put it on and ugghh the neckline is completely wrong. It was a little too low so I had fiddled around with it and now it just doesn't sit right. There goes that brilliant idea of wearing it to church tomorrow! Never fear, I will eventually fix it! The fabric isn't nearly as purple as it appears in the photo. It's more of a dark mauve with heather grey strands through it. Very soft and touchable. Maybe I'll pick up this whole sewing clothes thing again. It was fun!
Posted by Joanna at 10:12 PM

Well done Jo...a new dress in the offing. AS for the neckline, could you wear a cami if it is too low?
I could never wear that style as my tummy is waayyy too big!

Here we go again...(and my tummy needs some lessening also Cathie in UT, but what the heck) so Joanna, I was just today saying, I need a new swingy dress. I say so many women in sassy, classy ones at the Kennedy Center today while there for the audition. And then I got behind for a couple days on your blog, and there we go. Can you reveal this pattern totally?

a silk scarf with flower pattern will save that neckline that would suit better if it was higher.