8 years ago today we were blessed with a 9lb 9oz handsome, active, hilarious and cuddly boy. 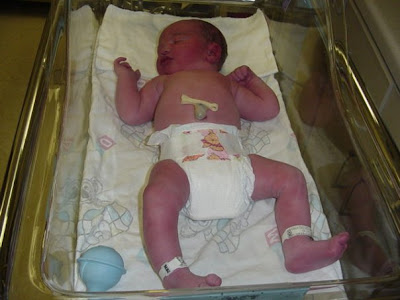 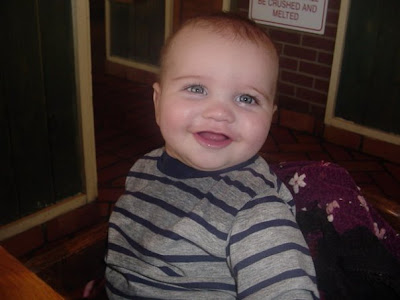 Today he had the choice between having a big fancy party and a minimalist present or a family party and a more generous present. He chose the latter, saying he wanted to have an ice-cream cake and play games in the garage. How easy is that??

First thing this morning hubby took him out to breakfast at I-Hop, just the two of them, and then took him to the mall where he bought a Nintendo DS! 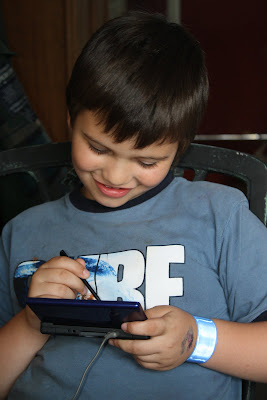 With a long cross country car trip coming up next week it served a double purpose to get him one now, as I'm sure you can imagine! We all went out to lunch, then came home and had the ice-cream cake and opened presents. 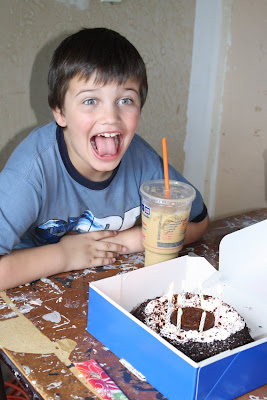 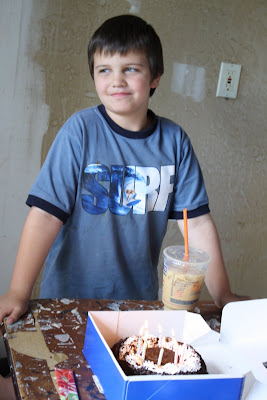 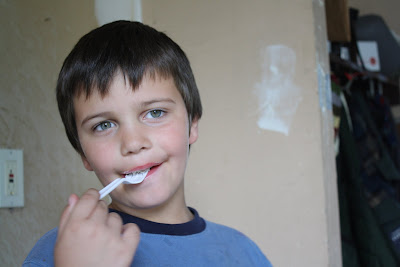 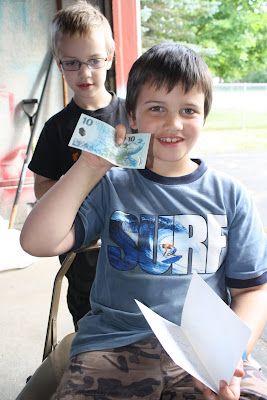 Remember, he wanted to do all of this in the garage, hence the lack of well decorated table and walls!

When asked what he wanted for dinner he said Taco Bell. We were all over it - how cheap and easy is that?! So now we have a very happy 8 year old and our long car trip next week just became a tad easier!
Posted by Joanna at 8:57 PM

How fun! I'm with him. Ice cream cake and Taco Bell. (I used to be addicted to TB--thank goodness they don't exist here) Happy Birthday:)

Happy Birthday to your boy! Seems you had a lot of fun - without having to worry about the bills. That sounds like real fun to me!

So funny we wanted to be in the garage! For a moment I thought you were repainting again! Happy Birthday C! miss you guys. Have an amazing trip!

what a cue
and what nice simple choice he made for his day.