What a good weekend it was. I went to the Machine Quilter's Expo here in New Hampshire and saw a ton of beautiful quilts with quilting that I will NEVER attempt, but best of all, I went there with a new friend. She left a comment on one of my posts and two days later we were goin' quilt-showin' together! We got along so well, just like we had known each other for years. And it can be a tricky thing, meeting people you know online in real life, but this couldn't have gone better. We will get together a lot, I can tell :) Instead of me writing all about it, skip on over here and read what she wrote. I would have said exactly the same things! My daughter is quite enamoured with her - especially since she bought her a fat quarter. Yes she is easily bought. But hey, I could be bought for a fat quarter too lol! 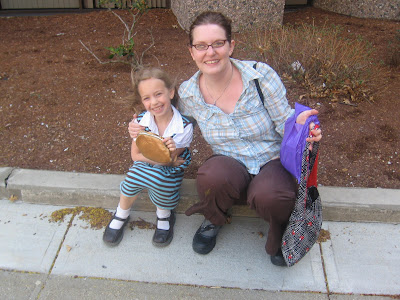 I will take a photo of all the goodies I bought at the show to share with you later today and also of the new flowers I have completed for my 'door quilt'. For now, here is my new friend Stacy, myself, and my daughter Sofia. 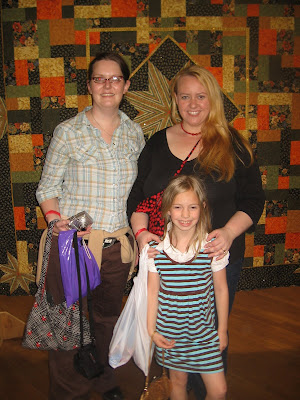 Friday night I went to my friend Shannon's - she makes the most beautiful jewelry and was having an open house. 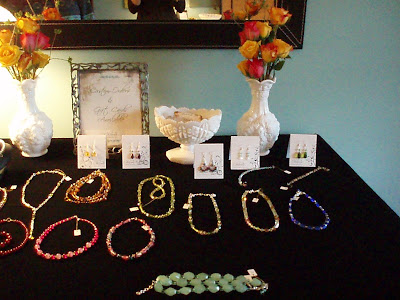 I bought a red necklace and will be getting more from her in the future, that's for sure. Another friend of ours had made the most gorgeous spread of chocolate goodies - so good that you didn't want to touch it, but everything tasted as good as it looked! For example, would you want to touch these Petit Fours? 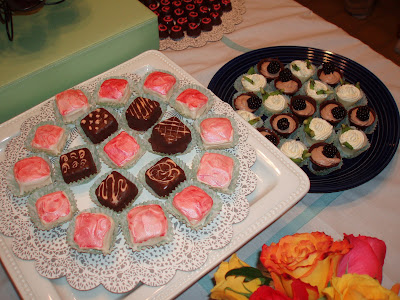 Sunday afternoon we went to my hubby's work. There is a lake there and he mentioned that there are ducks and geese and what do you know, I happened to have a bread bag full of crusts in the freezer that I have been saving for just such an occassion. It was a beautiful day and not only were there ducks and geese, but a beautiful big white swan which was being quite a bully by chasing any goose that came near it away. It didn't care about the ducks - just the geese. What a noisy thing it was! 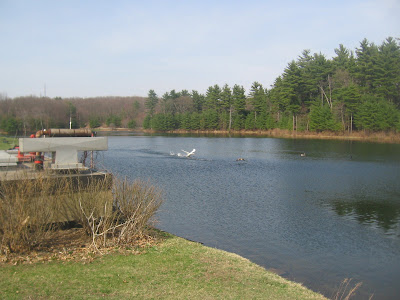 I did convince my kids while there to pretend they were monkeys in a cage trying to get out. This was the result... 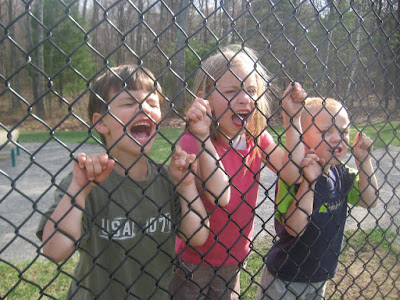 I think there should be a sign saying, "Don't feed the monkeys", don't you?
Posted by Joanna at 9:54 AM

Hey Joanna, I noticed your tutorial was up at Sew Mama Sew. How cool! Good luck!

I'm so glad you found eachother. You are both such great people! Loved your pictorial of the weekend.