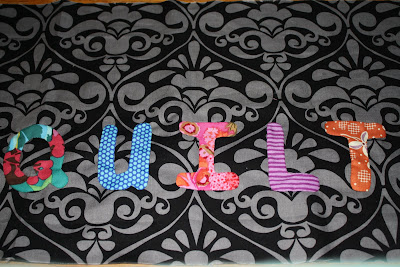 I have finished all the letters in the word 'QUILT' and designed some more applique to place on either side. They are just little inch tall drawings doodled on the back of a used envelope but that's how I design most things. Whatever works! 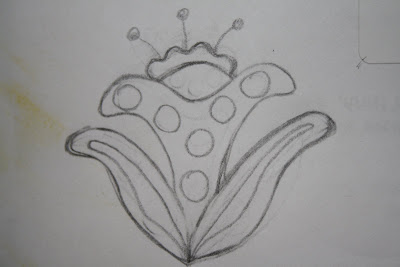 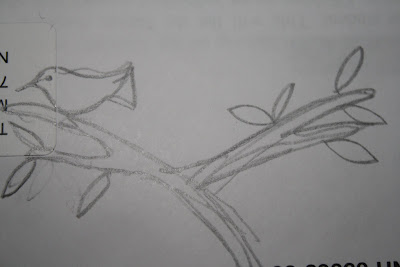 I thought today I'd share a recipe I made this afternoon, hence the title "Tasty Tuesday". Maybe I'll make it a regular thing - we'll see! 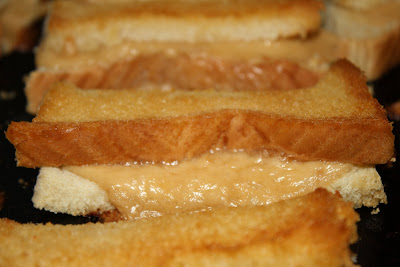 I made a recipe that takes me right back to my childhood called Cheese Rolls and it is peculiar to the city I was born in, which is Dunedin, New Zealand. Now New Zealand is not a very big country, so for a food to be known in just one city is pretty strange. I suspect they might have a Scottish influence since the city has a strong Scottish heritage. Wikipedia has a little enlightenment here, and you can read about a cheese roll competition here!

I remember my Nana would make these, and my Mum too, and my Aunty Ann made them and sold them in a bakery she worked in. There is a saying in New Zealand, which is "World Famous In New Zealand" - it's pretty funny, and so true! Nobody really knows much about my home country other than Lord of the Rings was made there. Some people even think it's part of Australia! How rude!

Anyway, back to the recipe!

In a microwave safe bowl (or pot on the stove) put the following:

Heat in microwave for 3 mins, stir, and heat for another 3 mins. The cheese should all be melted.

Take 2 loaves of sandwich bread. If it's fresh, leave the crusts on. If it's a few days old (like mine was!) cut the crusts off. The bread won't fold without cracking if it's not fresh, but it's still do-able!

Spread a spoonful of the cheese mixture on the bread and roll up, or fold in half which is what I did today. My bread was just not fresh enough to roll, but the taste is still the same.

Place on trays and brush the top with some melted butter (because there aren't enough calories in it yet). 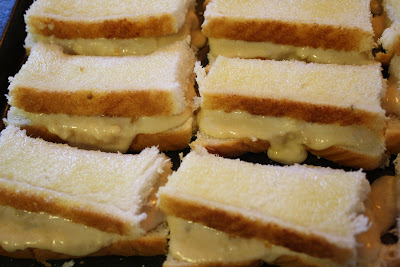 Bake in a 375F oven until golden and the bread is crisp. 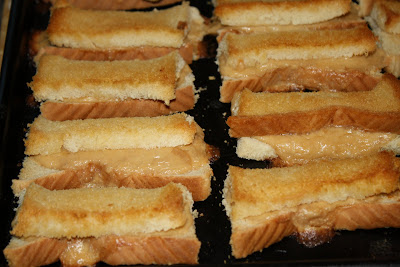 Something about the warm gooey cheese mixture with the crisp bread is irresistible! Even my picky 6 year old loves them.

This mix will make A LOT of rolls - at least 2 loaves of bread worth, and you can put them in a bag in the freezer and take them out and heat them up as you need them. A couple of warm cheese rolls with a bowl of hot soup on a cold day is wonderful!
Posted by Joanna at 9:29 PM

And whats wrong with people thinking that New Zealand is a part of Australia? Without Australia, new Zealanders would have nowhere to live:):):)!!!

Not meant to be rude! just couldn't help myself:):) I'm Australian obviously!!

Interesting to see you post about cheese rolls. I moved to Invercargill last year and it was the first time I had encountered Cheese Rolls.
I had never come across then living in Auckland so I think they are a Southland thing!!

I love your bird on the tree branch
the recipe looks yummy!

....and you and I design things just alike...your bag is going to be my envy. Those cheese rolls, oh my waistline, so good. And educated Americans, such as I am, know lots about NZ'ers or Kiwis...no poisonous creatures there, Maori culture, fish and chips, plus the world famous Joanna is from there!

HUmmm... with all the Scottish stuff that I have seen in the past few years the cheese rolls aren't one that comes to mind but they sure look good!
Love your new project and it really looks just like you!
I love that you caught J sleeping with his monster...makes a Mommy proud when something you made is loved like that doesn't it?

They are world famous in NZ becuse I come from the North Island and we used to have these at my sewing group. They were made a bit ladylike by cutting the crusts off and rolling. They freeze fantastically. I'm late commenting but I came over to check out the tsaty Tuesdays. Thanks for reminding me of these.