T is for TASTY

After our big adventure yesterday, today I was ready to relax! It was our first day of Spring vacation so I invited my friend and her children over for the first s'mores of the year! We lit the fire pit, cooked hot dogs, roasted marshmallows, and just sat in the sun and talked for a good 4-5 hours while the kids ran around using up energy. 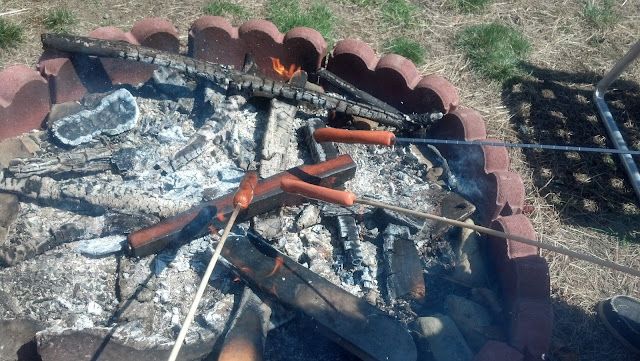 So much fun! So that was pretty tasty, but not the reason for this post.

I decided tonight was a good night to organize a couple of my kitchen cupboards. You know how after a while, you just don't know what you have in your cupboards anymore because everyone just throws stuff in there? Yes it had got to that point, so out it all came... (Don't worry, that's not smoke on the right hand side, just steam from some draining pasta) 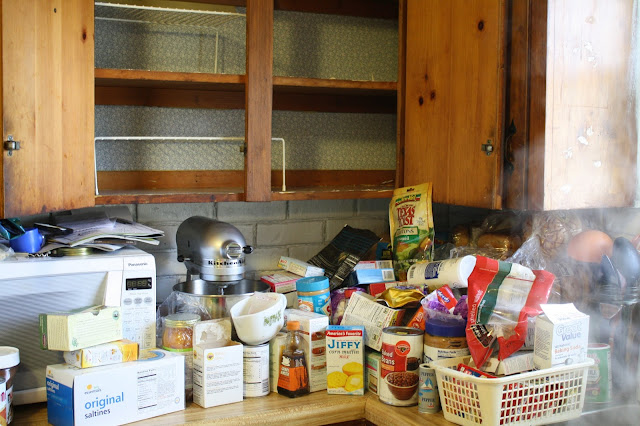 And now, it looks so much better... 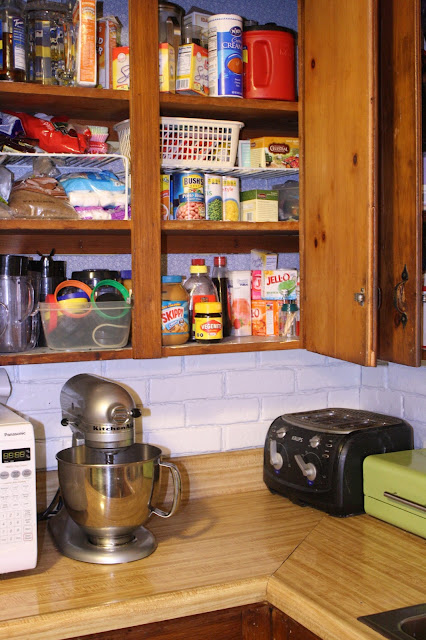 And now for the 'Tasty' portion.

Do you see something that scares you? At least, if you are an American it will scare you. Look closer... 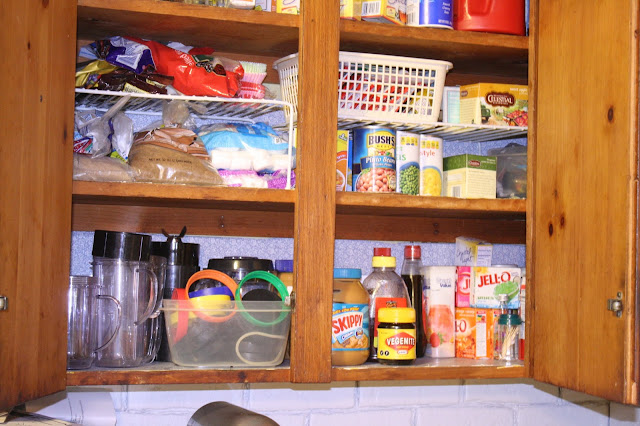 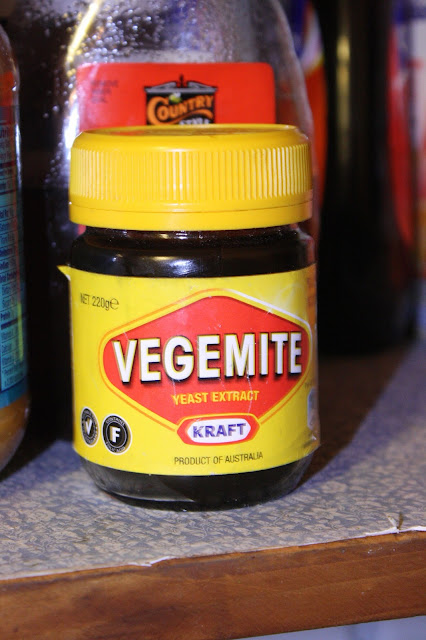 Aha! There it is!

Oh yes, folks, that is the infamous Vegemite, made known to the world at large by this song...(I chose the pop up video version just because some of the facts are interesting!)


In 14 years of living in this fine country, I have only met one American who liked it. Yes Jonathan Starks I'm talking to you! Most people smell it, pull an awful face and say uh uh I'm not trying that. Those who are brave enough to try it invariably say it's the most disgusting thing they've ever tasted and try not to throw up.

Why, I have no idea. It's delicious! I guess you have to grow up with it. In NZ and Australia it's a staple in every single household. Kids take sandwiches to school made with it. My mother smears it over crackers. Everyone has it on toast. Over there people as love it as much as America loves peanut butter. Yummy, and very tasty!

I found it here in our city in a British store and paid the princely sum of $14 for that tiny jar. Since I'm the only one in the house who will touch it, it's lasted a long time which is great because it's so expensive here. However, the look on lovely American faces when they smell it and then taste it, is worth every cent!
Posted by Joanna at 10:45 PM

Nahhh I'm a Marmite girl! So glad to finally have Marmite back in my pantry. It has been off the shelf since the CHCH earthquake.

Yeah I've heard bad things about vegemite! I think you are right; you have to be raised eating it, not jump right in. I've heard the same thing about Poi in Hawaii. Glad you got your cabinets reorganized. I do mine but then I think the House Elves come in at night and wreak havoc on them. ;)

Dropping by on the A to Z. My husband likes Vegemite. But then, he like menudo too so there really is no accounting for taste. I have tried it. It's not awful but not something I would eat on a regular basis.