Since I'm sure you're all as sick of looking at pics of my bag-in-progress as I am, I thought I'd mix it up a little and do work on something new. Remember the rejected flower from the bag? I am stitching it up on another background, and at the moment I think it will end up as the center of a cushion cover. I borrowed the bird from the bag and will make a different one for this particular applique... 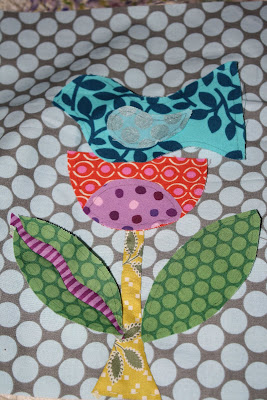 I am in love with the green and purple leaves and took some photos of the steps to make them and will do a little tutorial for you tomorrow on that. 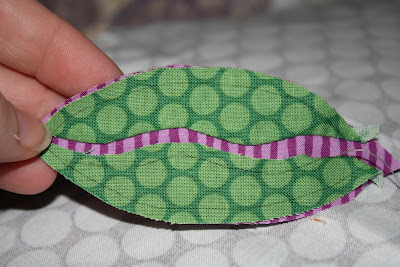 Other than sewing we have been cooking, as it is....drumroll...Tasty Tuesday again! 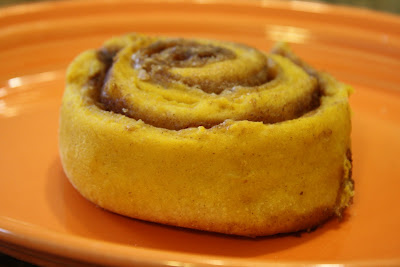 My daughter needed to cook something using an appliance to earn a cooking badge for Girl Scouts. My husband had sent me a link for a recipe he thought I'd like to try, Pumpkin Cinnamon Rolls, so I thought Sofia could make them for her badge. She was SO excited! 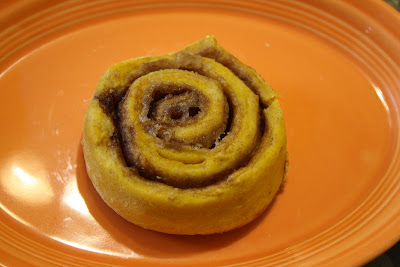 I wasn't sure how they would turn out but they were actually really good! They were a little different from regular cinnamon rolls and you could definitely taste the pumpkin in the dough, but it wasn't overwhelming. The recipe was basically the same as I use for my regular dough, but a cup of pumpkin puree was substituted for a cup of liquid. You can see the recipe here. If you are a fan of pumpkin give them a go. And don't forget to pile cream cheese frosting on top! 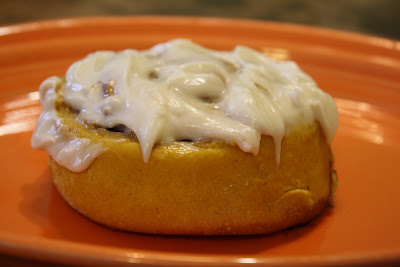 Yum! I love pumpkin:) Thanks for sharing!

love your leaf combo - fun!
I adore cinnamon rolls - that looks so yummy