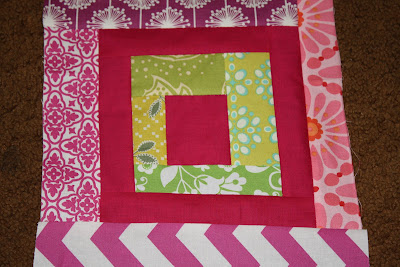 I managed to sneak some sewing in for the day, just in the last half hour! I started another wonky log cabin cushion cover, this time in pinks and greens. The block is only half way done, but it's a start.

Today we had a big Thanksgiving dinner. Yes, in the middle of January. The only reason being that my hubby went to the supermarket last week and came home with a 20 pound turkey for $10. 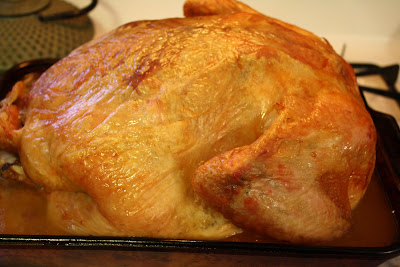 Plus it was a snow day today, no school, and we had a visitor called Jake at the house, so why not?! The recipe I decided to make today and share with you is something called, "Pani Popo", or Samoan Coconut Buns. We make them a lot in New Zealand, especially since the Polynesian influence is so strong there, and there are a lot of delicious Polynesian foods, this being one of them!

They are so incredibly easy to make, but so yummy!

First you make you favorite bread/roll recipe. Mine is here if you need one:

Into a bowl (I use a Kitchen Aid) put all the ingredients in the following order:

Mix all together and add more flour if it's too wet, but you don't want it to be too dry. Let it mix for at least 5 minutes. Let rise until doubled in size, roll into balls, put into ungreased pan, and let double in size again. 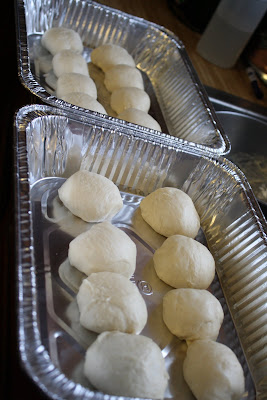 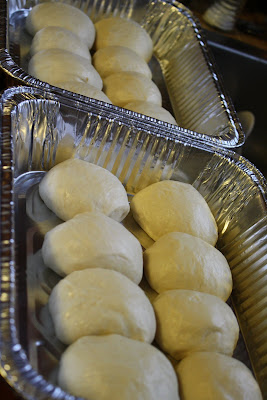 (I use this dough for everything - rolls, bread, cinnamon rolls, pizza, you name it! Instead of making your own dough though, you could also just use frozen dough rolls from the supermarket. That makes it REALLY simple!

But back to the coconut buns.

Here comes the magic. In a separate smallish bowl, combine one can of coconut milk and 1 cup of sugar. 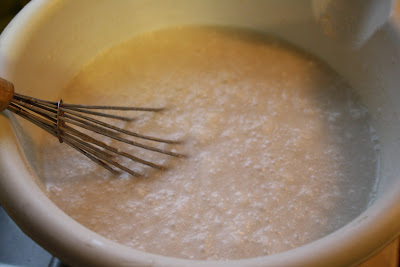 I used 2 cans and 2 cups sugar today because I put my buns in two aluminum pans due to my regular roll pan being used to cook the turkey! Plus when you use 2 cans, you get extra sauce to sop the rolls in. But more on that soon...

Take your coconut milk/sugar mixture and just pour it over the rolls. 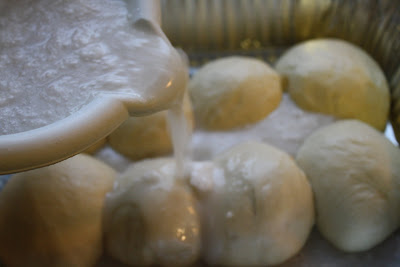 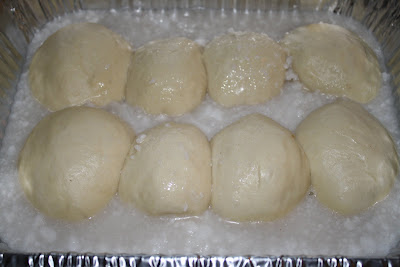 Don't do anything fancy, it's really that simple. Then put into a 425 degree oven for about 20 minutes until the rolls are brown on top. 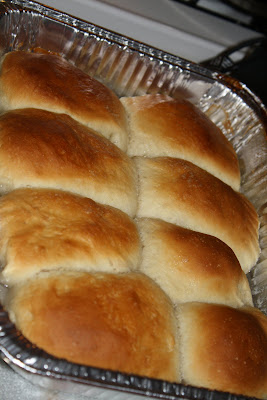 They will look like regular rolls, but then you take one out and you see all the creamy sauce that has formed at the bottom. 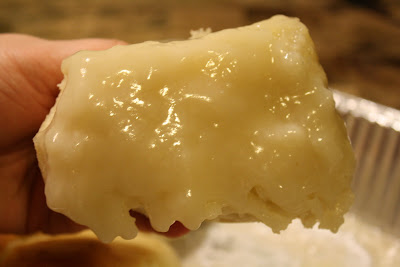 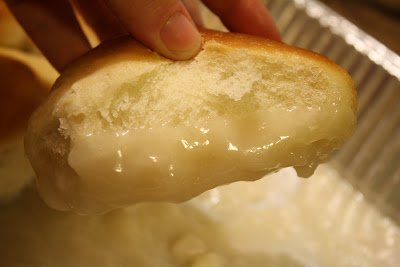 It will have soaked into the bottom of the bun a bit, but there is still lots to scoop up with the bun. 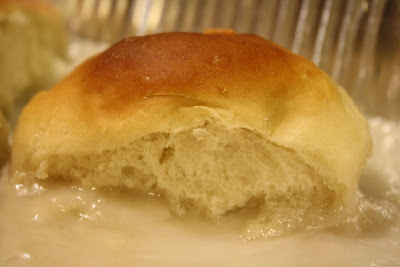 When our visitor Jake tasted them tonight, he said that he thinks it was a life changing moment. Yes they are that good! And you can see in this picture how lovingly he is looking at them. And they are so simple that he thinks even he could make them! Like he said, life changing! 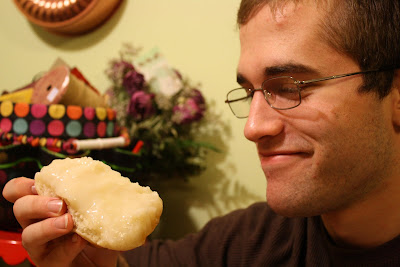 Save some munchies for me! if jake can make them, I def can!! :P

They look delicious! A turkey dinner is great any time of the year.

That looks very delicious!I need to try that recipe...

OH my gosh! I can feel my blood sugar going up just reading the post! LOL
They look yummy and maybe one day I will make some and share with the family a bit of NZ and Auzzie culture

Your blog has great photography. It made me hungry! Your block is nice- colorful and bright.

The rolls look yummy! Thanks for sharing how you make them.

OMG that looks delish!! I'm going to try this one soon.

Do you think I could do this recipe gluten-free? And use an all purpose flour that is gluten free?